2015 A Carpet as an Artistic Medium

The world, it is so great and wide The heavens infinite beside. Though I might view with my own eyes My mind cannot conceive its size.

MOON Kyungwon talked about “carpet” from quite an early stage in the process of producing the Promise Park Project (PPP). “Parks” are generally fixed in nature; they are immutable and basically immovable. An artist can challenge this, questioning whether a park is a temporal entity and whether it can acquire spatial diversity. Without doing so, we cannot hope to glimpse the new shape or future possibilities of “parks.”

The PPP and another, separate project in which MOON was engaged at the same time shared a focus on the concept of “Shukuchi / Folding Space.” Shukuchi is one of the divine techniques which appear in immortal (Shenxian) philosophy: the ability to compress distance by folding space in on itself and so arrive at faraway places in an instant move; alternately, the ability to see across great distances. The concept originates in the story of the master practitioner Fei Chang-fang, recorded in the Biographies of Immortals (Shenxian zhuan) compiled in China’s Jin Dynasty, and is also invoked in the ancient records of the Korean Peninsula. Shukuchi is actually an imaginary technique and is believed to be a philosophical method of controlling one’s thoughts. When narrative images were constructed, a vehicle was needed that would enable the transcendents of immortal philosophy to warp time in an instant, leaping from one place to another by teleportation, while bringing their body along as a complementary element. In East Asia, clouds were seen as having a tangible substance as a means of transport, an idea that can be traced through to the Arabian vision of traveling through the sky on a flying carpet. 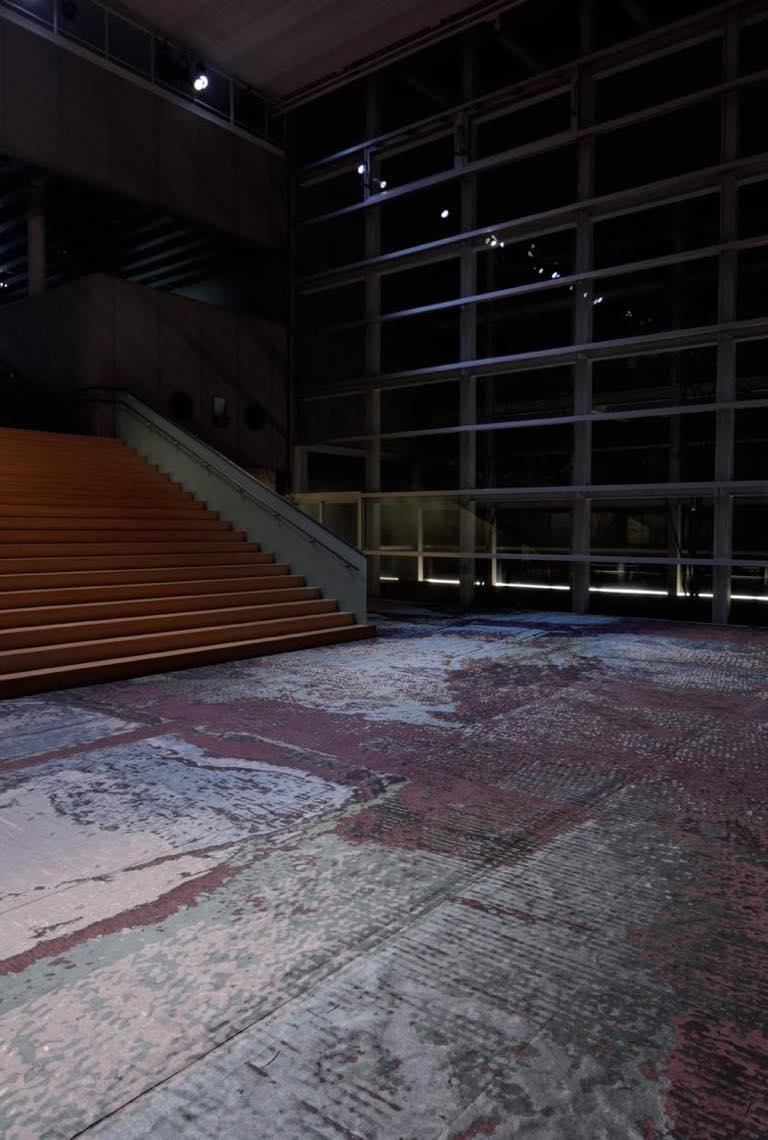 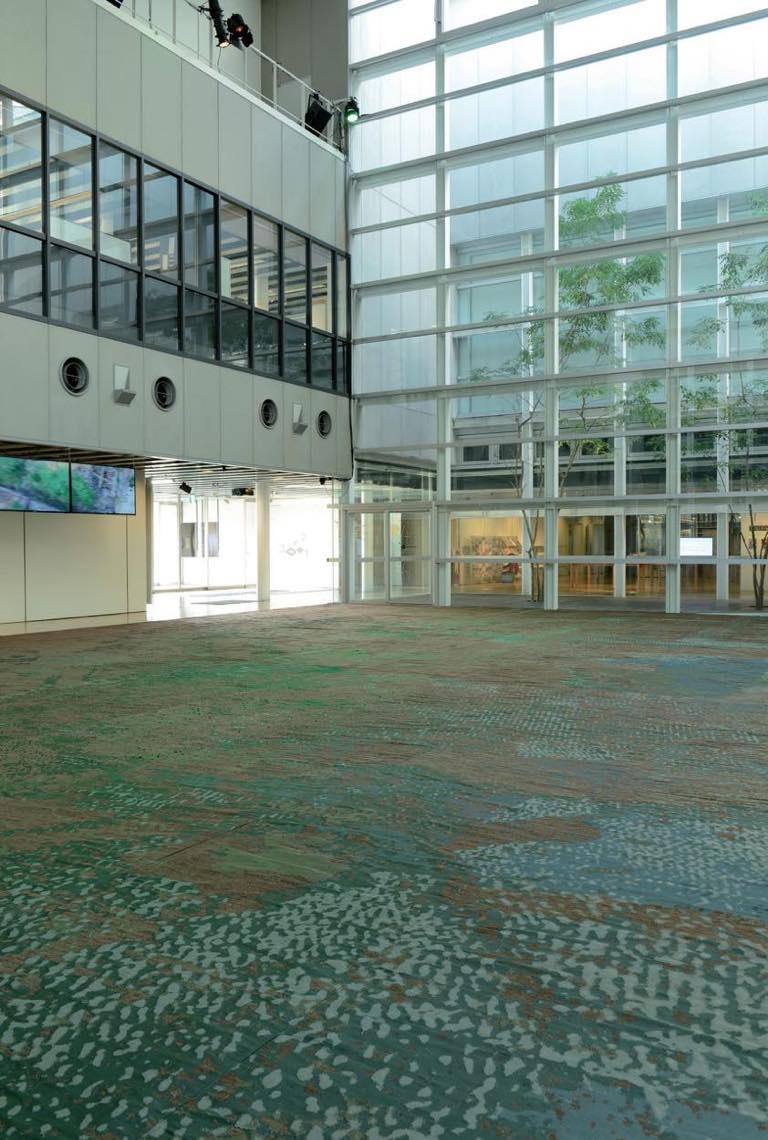 Teleportation began to become a reality with the invention of the telephone in the late 19th century, followed by the development of airships and advances in animation and movies, so this became the prevailing image of the material form of the relationship between Shukuchi and vehicles. (Teleportation of specific objects might even ultimately become reality as quantum theory progresses.) However, our present moment is an age where digital information is instantly exchanged in quantities that far surpass the capacity of the human brain’s memory, so the image of a vehicle as a supporting medium is no longer needed. As such, Shukuchi here is required when humans confront the increasingly gargantuan databases of digital space, to undertake the saltatory compression and abstraction of information in big data using data mining and data management visualization. Data is a filtered man-made artifact, but when we confront it in vast quantities over diverse realms, without enacting suitable visualization, it is no more than a mass of, or waves of matter that signifies nothing. In the past, Shukuchi was a fantasy, an attempt to extend space and/or time, but in today’s information-driven society, the concept has been transmuted into data management visualization. At any rate, it is the movement/compression/abstraction (or even translation) that is necessary for human perception and thought.

Friedrich Kittler wrote, “Texts and scores ─ Europe had no other means of storing time. Both are based on a writing system whose time is... symbolic. Using projections and retrievals, this time memorizes itself ─ like a chain of chains. Nevertheless, whatever runs as time on a physical or... real level, blindly and unpredictably, could by no means be encoded... Alphabetic monopoly.” But is this really the case? Surely physical media other than the written word, in which time can proceed or go back, have existed since the dawn of human history? Were there no media other than the written word for filling our time in the days before the advent of our information-driven society? Focusing on carpets created from woven textiles presented as a progressive bricolage (surely unpatterned carpets did not exist before modern times?), the PPP seeks to draw out the uses of Shukuchi ─ that is to say, the figural potential that enables us to interpret antecedent or throwback temporal codes, rather than the single-layered figurative gestalt – from the raison d’être of the representations and patterns in carpets. Furthermore, Shukuchi implies that the imagination of embodiment and ethereality bear significance in distinct forms.

Carpets originated with the woven textiles used to cover floors and walls in Central Asia, the region where the Orient begins. The oldest record of carpet usage dates back to the 5th century B.C. and they are thought to have reached Western Europe in the 11th century, during the military campaigns in Turkey carried out in the Crusades. The medieval age that followed in Europe saw a boom in the woven wall hangings called tapestries, which facilitated the development of technologies for weaving large images. From the Renaissance onwards, the carpet came to play the role of a medium for reproducing multiple copies of famous paintings. As a handmade reproduction medium predating photographs, these were portable simulacra that diversified the meaning of the term “original.” They were also physically portable vehicles. In the film, Cleopatra (1963), directed by Joseph L. Mankiewicz, Cleopatra (played by Elizabeth Taylor) is smuggled through a secret passageway and appears before Caesar rolled up in a carpet. The roll of carpet unfurls and Cleopatra pops out from the middle.

Michel Foucault gave carpets an additional meaning and association. In his famous radio address, Heterotopias (Les heterotopies, 1966), Foucault articulated the view that the carpets of the Orient mimicked a garden, and therefore that carpets are “moving gardens” and portable vehicles of transport which is precisely what allows them to be linked to Utopia. “...if we consider that oriental rugs were originally reproductions of gardens ─ in the strictest sense of the term ‘winter gardens’ ─ we understand the legendary value of magic carpets, rugs that roam the world. The garden is a carpet where the whole world has come to fulfil its symbolic perfection, and it is at the same time a garden moving through space.... We see that all of the beauties of the world come to view themselves reflected in this mirror. The garden has, since the dawn of antiquity, been a place of utopia.” In Foucault’s “thought from outside,” heterotopias are presented as an antithetical concept to utopias. Explaining why they are contrasting concepts, he states that whereas utopias are unreal spaces, heterotopias are real, even if they might be non-physical, placeless places. This is the very essence of “My body, in fact, is always elsewhere. It is tied to all the elsewheres of the world.” Foucault likens this image of the transition from elsewhere to other to a mirror or ship; these are visual vehicles and he regards carpets too as a similar medium. When looking upon gardens as a type of body, carpets are a device for creating deviation in the physical nature of the garden itself, enabling it to transition and reach an essentially utopian state.

The techniques of carpet weaving possess a sublimated structural dimension created by combining a diverse array of fibers, representations, and layers that mesh into a single two-dimensional surface. The complexity of the weave is reborn in a spatial morphosis that arises from its being returned to opticality and embodiment. In the PPP, a majestic carpet measuring 17×17m was produced in collaboration with a Nishijin fabric weaving company. Special techniques and digital software were used to weave together eight layers of images that gave a two-dimensional floor the depth of three dimensions. The image on the carpet was created with blow-up images from drone footage of parks and relics of early modern industry where the team conducted research, which were assembled into a bricolage-like collage and translated into the system of Nishijin fabric weaving techniques. The magnificent piece of cloth thus produced brought forth an intricate floor surface with a diverse array of new details. MOON looks at the floor patterns of carpets from the perspective of human history, imagining them to be an living archives.

Right from 2013, MOON selected views without people, both from the real-life images and the computer-generated ones, and sustained an image of man-made cities gradually changing through revegetation as plants proliferated. The links between the establishment of early modern parks and plants call to mind another deeply interesting relationship. In 1851, Hyde Park became both the world’s first public park and the venue for the first Universal Exposition. A massive pavilion of cast iron and glass, called the Crystal Palace, was built to house the exhibits. The British architect Owen Jones researched the corpus of ornamental patterns across historical and geographical boundaries in order to design the external façade and interior decoration of the Crystal Palace. This work formed the basis for his subsequent book The Grammar of Ornament (1856). Art up to that point had represented the human world and the world of legend; this was the first example of separate meaning being found in design and this publication may be considered a landmark in the recognition of patterns based on plants as possessing independent value in and of themselves. It should also be noted that, several decades later, the Austrian art historian Alois Riegl turned his focus to the mutual relationship between ornamental elements that autonomously increase space and how these form a contrast to the perspectival relations between optics and haptics. Riegl also promoted the concept of “Will to Art (Kunstwollen)” that works of art (especially crafts and ornaments) make immanent in relation to form.

Will electronic parks that do not extend into real space become possible in the near future? If so, how will the relationship between our bodies and parks be framed and how will the act of movement be redefined? What is even more crucial is how to code chaotically self-propagating plants and pattern-like entities in an uncontrolled way. Approaches rooted in biotechnology, which is non-representational, are another element of great interest in the arena of electronic parks. 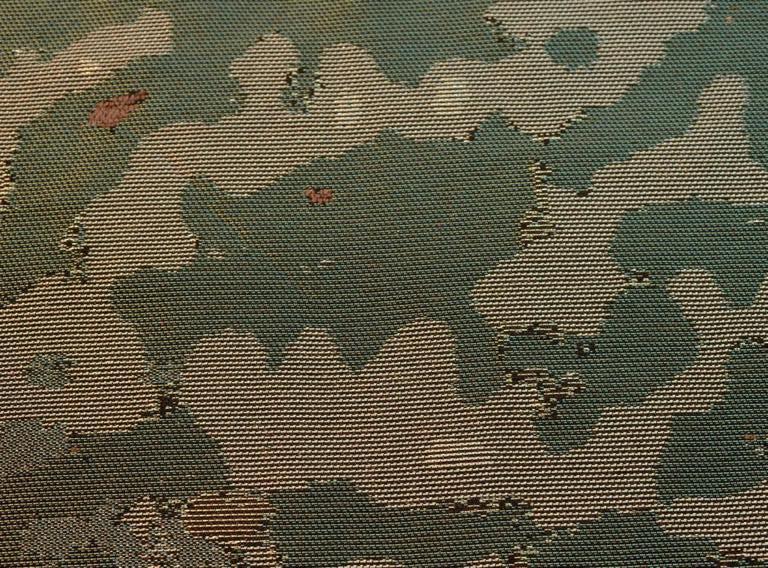 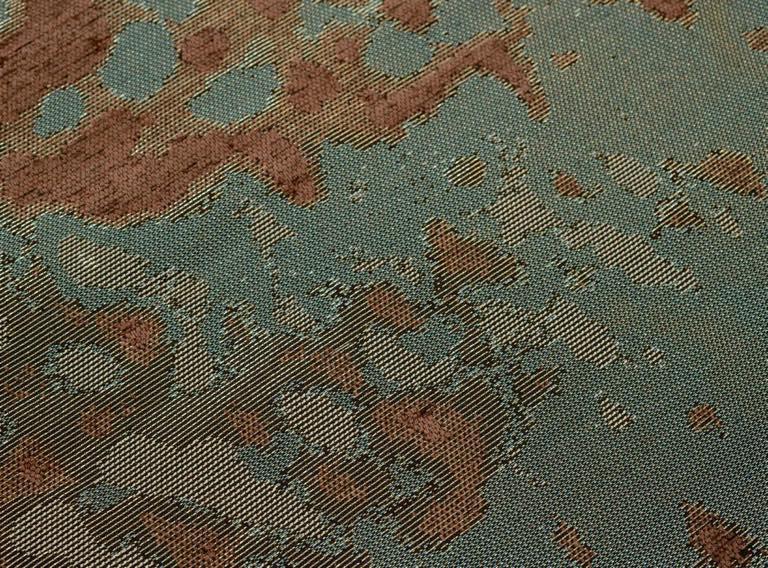 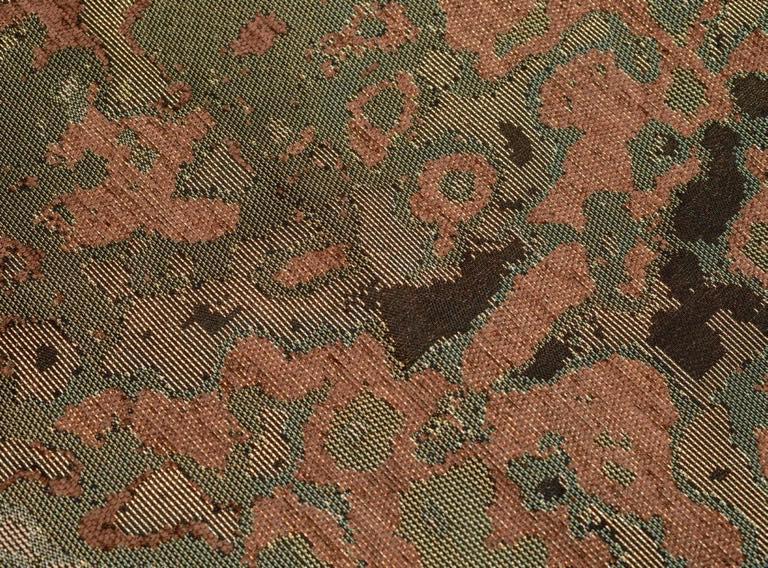 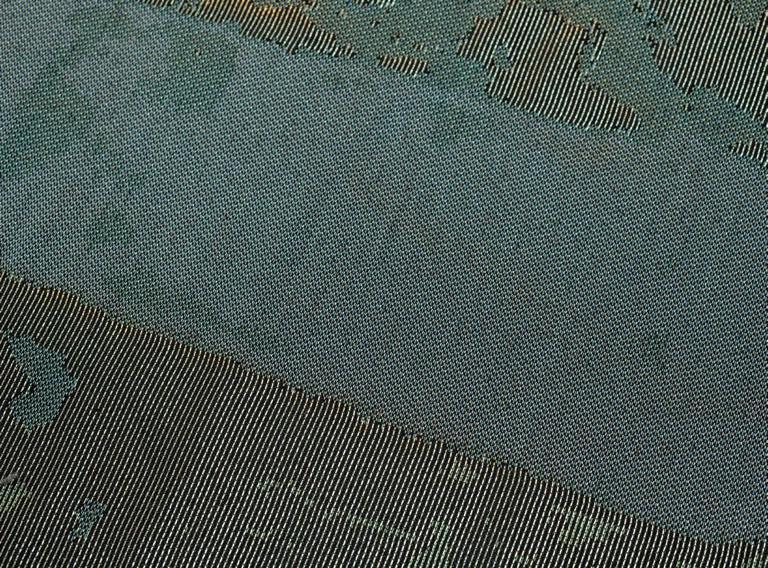 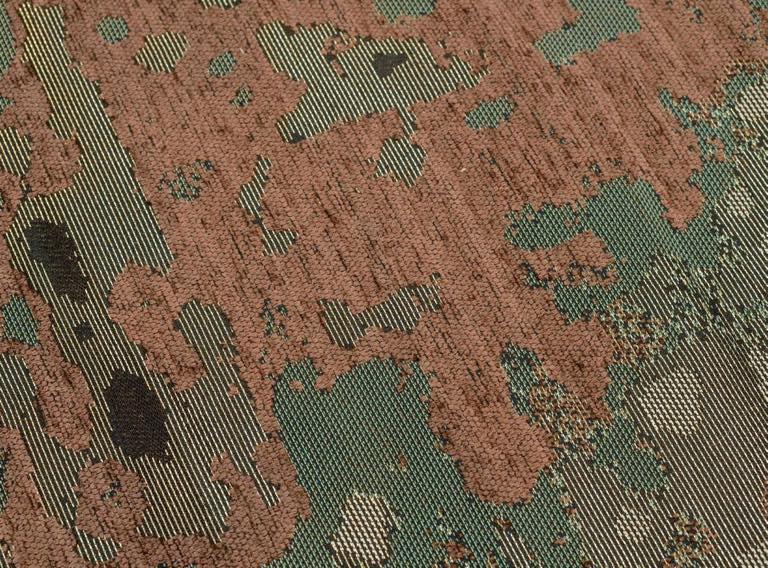 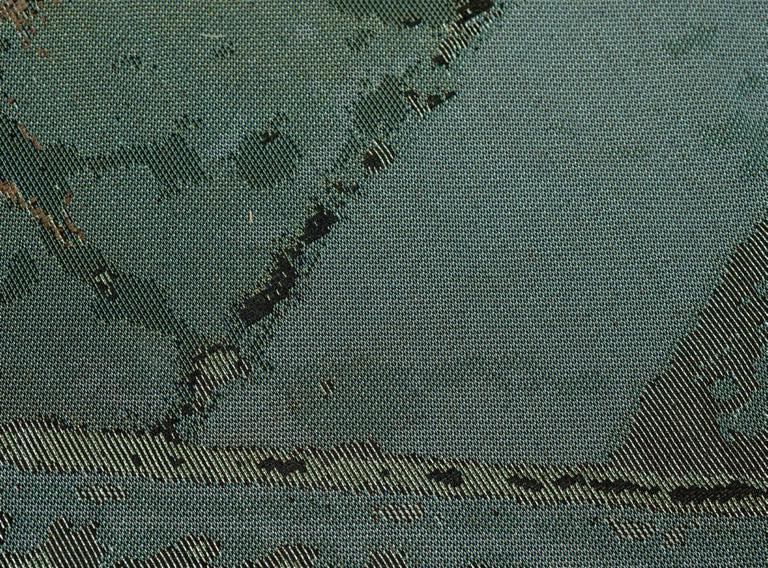 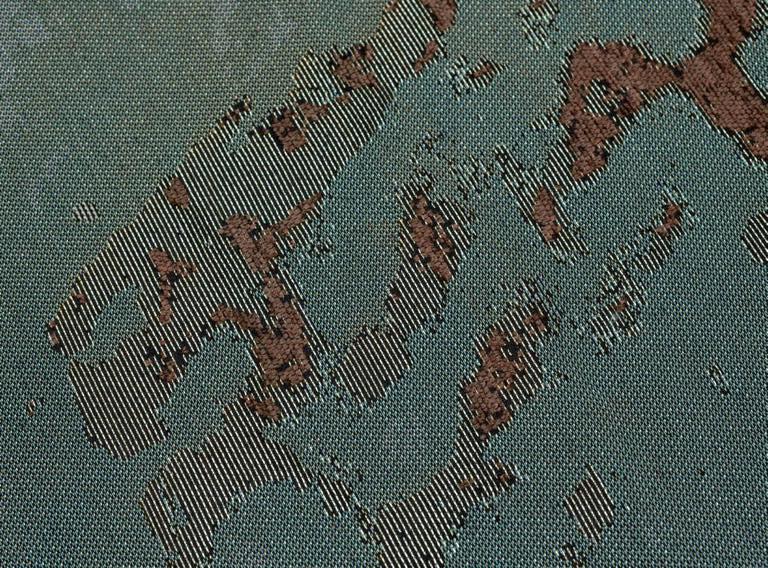 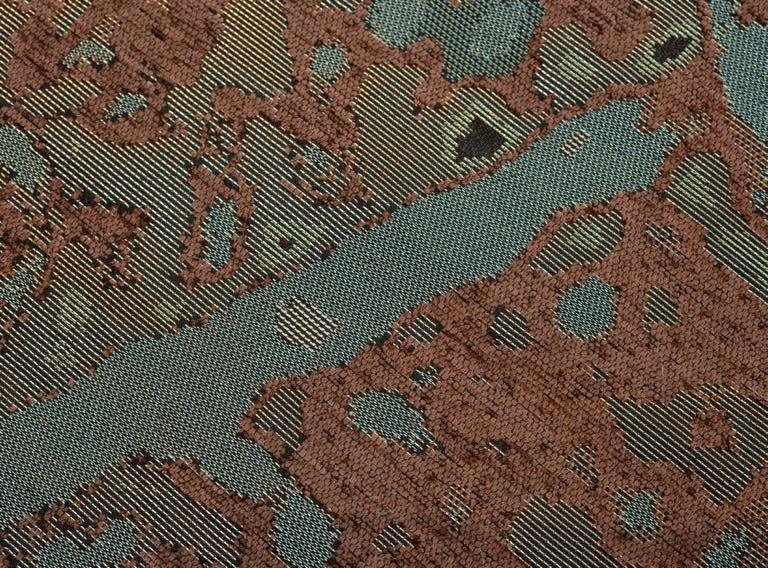 Kazunao Abe is an art curator. He studied aesthetics and art history of audio and visual at the Faculty of Fine Arts, Tokyo University of the Arts. From 1990 to 2001, he curated and produced various original media art projects at Canon Artlab project in Tokyo, the art support program by Canon Inc. He was also involved in the establishment of YCAM (Yamaguchi Center for Arts and Media, built in Yamaguchi city by a world-famous architect Arata Isozaki) and was appointed as chief curator and artistic director of YCAM from 2003 to 2016. Since then, he has curated and produced several projects with world famous artists such as Ryoji Ikeda, Seiko Mikami, exonemo, Ryuichi Sakamoto, Shiro Takatani, Otomo Yoshihide, Carsten Nicolai, Marko Peljhan, Daito Manabe, MOON Kyungwon, and many others. He has served as a jury member of “Transmediale 06” (Berlin, 2005) as well as “4th Digital Art Festival Taipei“ (Taipei, 2009) and “Geijutsu Sensho” prize by the agency for cultural affairs of Japanese government (Tokyo, 2014-2016).